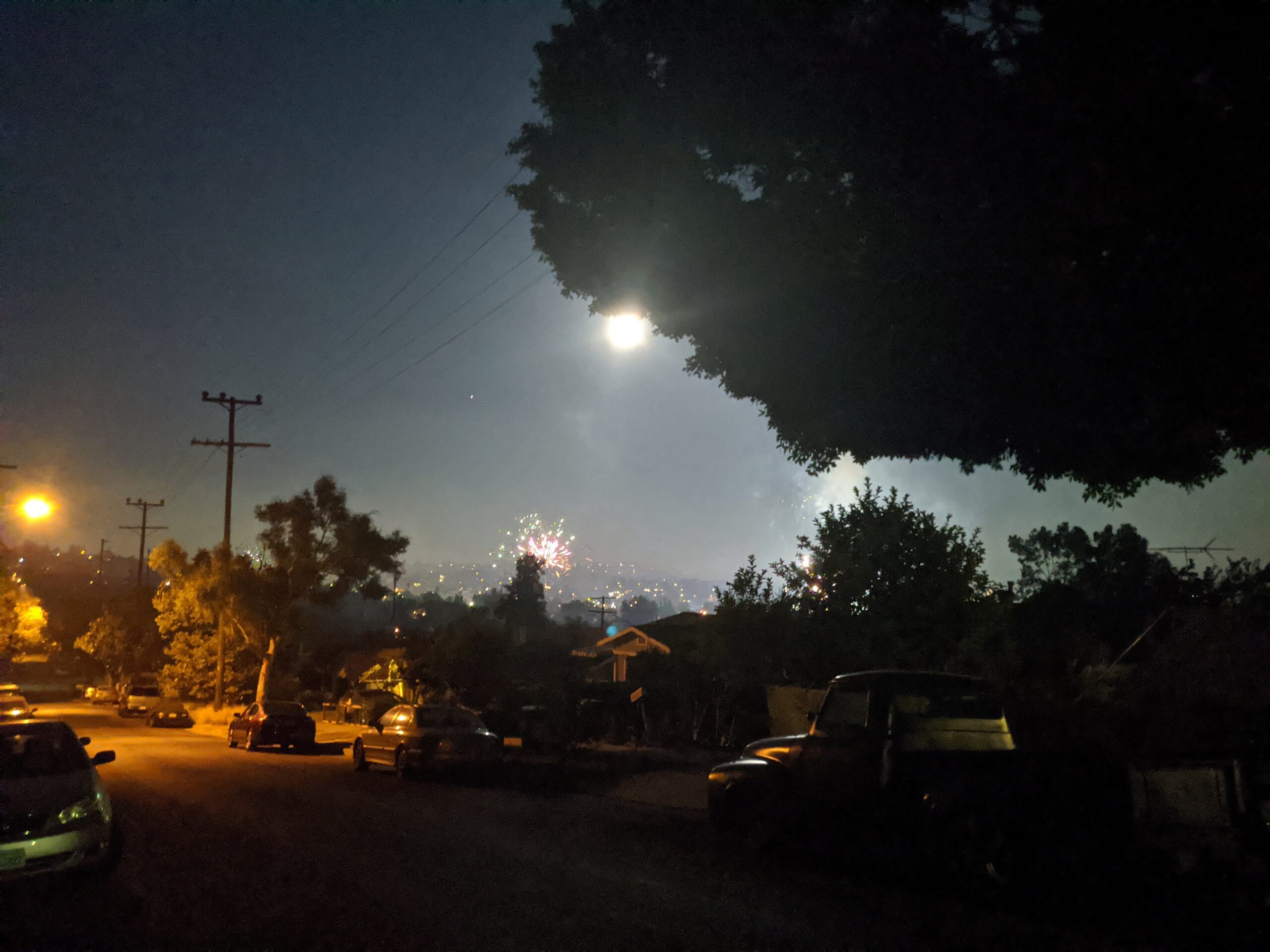 It’s the 4th of July today. A day where we generally celebrate our Nation’s independence. The more we inspect the cracks, or downright holes, in where we come from the more we realize we have to contend with. It’s a lot to take in. When we look within, what do we see? Are we confident about what or who is looking back at us?

I don’t think of today as a celebration of independence. I think it’s different.

I drove through a number of neighborhoods tonight. They were exploding from fireworks and sparkly lights. It’s overwhelming. Around LA neighborhoods were exploding—every crackle and ever boom signified the collective scream of a neighborhood who has had enough. It’s a howl in the night. People are fed up; they’re done; they want to tell the universe to fuck off… even for just a bit.

If anything, tonight’s firework display in Los Angeles is a sonic boom; a revitalizing boom and a hardening of resolve. I think tonight a city recoiled against a terrible regime. The worst is yet to come. But for tonight, a city screamed into the night, defiant and brave. We’ll get through this. That was the message of every firework fired and exploded tonight.

I also know fireworks are terrible for many folks and especially for domestic animals, who are terrified of all the explosions. I wish there were a better way.

Today is for booms, for yelling, for being defiant.

Simple is as Simple Does

Simple is as Simple Does

I Don’t Know What to Write…